As a family we're easily entertained.
For an example: A summer or two ago LV came home from work coated in dirt and paint particles from a sanding and polishing job he had been doing. We were all amused at the way he looked and had to take a picture of him.
Afterwards someone zoomed in on his eyes, and once again we were amused how the dirt made them 'pop'. Sharon held the phone with the zoomed in eyes in front of her face and someone took a picture of her, and since that amused all of us we took turns holding it in front of our face for more pictures. 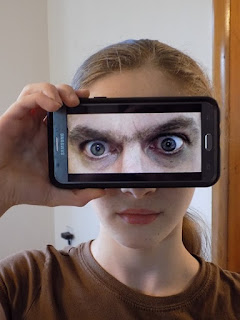 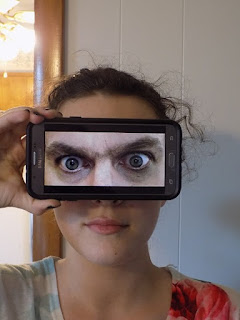 With everything being the way it is in the world right now, we could use some easy entertainment. I think we'll pull out my phone later today, take pictures of each other and zoom in on our eyes and then proceed with more pictures and hopefully some laughter.
Posted by A Joyful Chaos at 8:10 AM