There were rumblings of trouble throughout our little community. I was too young to really know what was going on, but  it wasn't hard to know that not all was right.

Daddy and Mom would sit up late at night and talk. We went to Grandpa Masts a lot more often in the evenings after supper. They would send us children and Vernie into a room to play while they visited. If we came out for some reason they always quit talking and waited until we went back to our toys to resume.

One day Mom got out the suitcase and started packing. We wanted to help so she let us select our favorite Sunday handkerchief's and tuck them into a side pocket. When we asked who we were going to visit, they said they didn't know who, but we are going to go to Somerset County Pennsylvania.

Early the next morning we started off. Grandpa Masts and Uncle Eli's and John Henry's went along too. Once we finally got there we stopped at a gas station and asked where the Amish live. They gave us directions to a farm. We arrived and they welcomed us in after introducing themselves as the Noah Summy family. They had a little girl named Nancy that was my age and greeted me shyly, offering me her doll to play with. I could hardly believe my eyes, it was a real baby doll just as the ones you saw in catalogs. It had the cutest little hands and feet, a real face with bright blue eyes and the sweetest little mouth. It was so different from my own rag doll Sally that I played with everyday at home. 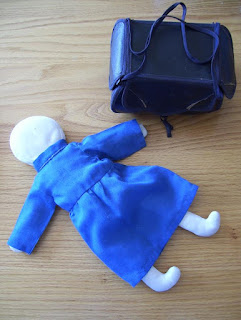 We had supper with them and went to bed. the next morning when we got up I was in for another surprise. Out in front of the house was the biggest buggy I had ever seen, with a team of horses hitched to it. The buggy had three sliding doors and four windows on each side and another small window at the back. I really wanted a ride in that buggy, but one of Noahs children rode with us in the van to show us where the church was.

Once we got to church I was very glad to be with Mom. Everything was so different. The clothes looked different and the girls all wore shiny black satin coverings instead of organdy like I was used to. The strings to tie the coverings fascinated me. They were almost an inch wide and tied in perfect little fluffy bows right under their chins. 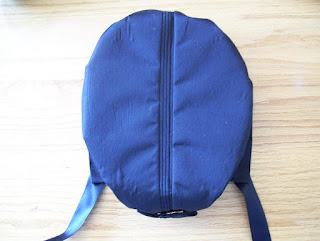 Church started and when the singing was soon over the first preacher got up to preach. I got my handkerchief out to play with as usual, but it wasn't long before I sensed I was being watched. I looked up and sure enough several little girls were watching me with big solemn eyes. Mom must have realized too because she bent down and whispered that I should put it away, that the children here don't play in church. I quickly put my handkerchief back in my pocket and sat there looking around and trying to listen to the preacher.


It seemed like a long time until finally the second sermon was over and the preacher started having men give *"zeignis" It was comforting to hear Grandpa Mast's voice and finally church was almost over.


After church they didn't have a church lunch like we were used to, instead everyone went home. Enos Lee's graciously invited us to their house for lunch. Grandpa's and the uncles were invited elsewhere and left with the driver and the van, and we got to ride in the Lee's buggy which to my delight was one of those big three seated ones.
*After the main sermon the preacher will choose several men to give a short review of the sermon he just preached, they will say they agreed with everything and talk about a few points that they especially liked or add some of their own thoughts.
Posted by A Joyful Chaos at 4:01 PM