On a walk to the woods, Buddy, the girls, and I were thrilled to come upon a patch of flowers with at least twenty butterflies fluttering about. I discovered just how hard it is to take a good picture of a butterfly. After numerous attempts to capture them and ending up with only the tip of a wing or nothing but flowers I decided the best that's going to happen is the one with these two. 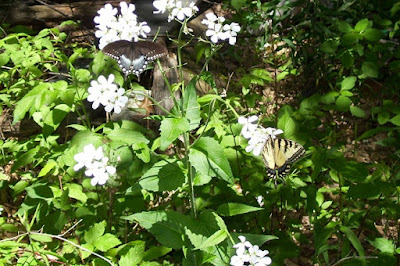 Rosebud designed a dress for Sunbeam, made a pattern, and sewed it all by herself. It was her first attempt at tackling a project like this on her own. Sunbeam is happy to have a new play dress, and after it was complete they decided it warrants a photo shoot. This was one of my favorite poses even though it doesn't show off the entire dress. 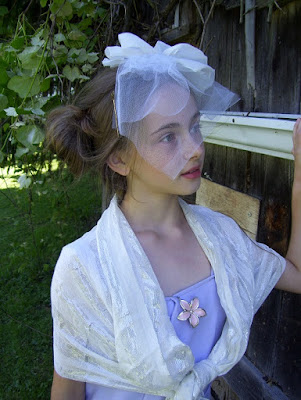 I decided to make a batch of grapenuts. It's a simple recipe, one that we used regularly while I was growing up. It is also time consuming once it has been baked to get it all grated and then dried. Having a different tasty option as a breakfast cereal makes it all worth it.
It wasn't until I was resizing this picture that I noticed you can see another part of our week in it. I spy an unpopped popcorn kernel and a single nicely popped one along the back corner of the countertop. Sunbeam has taken to popping popcorn every evening as a bedtime snack. 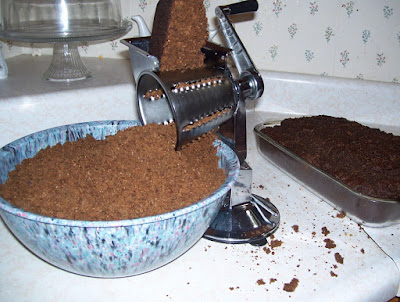 Buddy was impressed with this giant balloon Sunbeam gave to him from her birthday stash. Shortly after this picture was taken the thing popped, scaring us all with its almost gunshot noise. 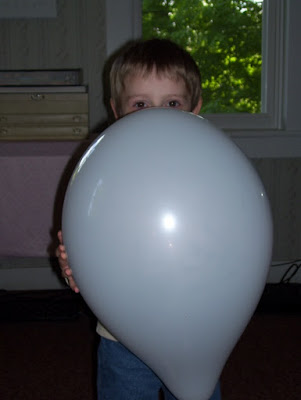 Sometimes you just have to smile at the things that pass by. This time it was an Amish man transporting a few Jersey cows. 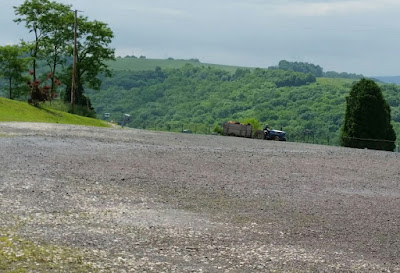 Bumblebees are loving the flowers on those big thistle plants. LV is the best photographer in our family. He gets the credit for capturing this. 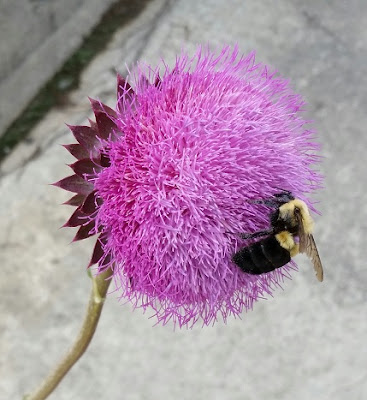