I have never seen the movie or any of the sequels

The fall of 1985 was kind of a big deal for me. It was my first year in school. I both loved and hated it. Books and learning were great, but recess and being expected to run and play with all the other children was too much. I became an expert at slipping away and hiding until the bell rang.

2.  If time travel were possible, would you want to go to the future? The past?

I wouldn't want to travel to the future.

3. We're not flying cars, but some of the technology imagined in the 80's film has indeed come to pass in real life 2015-flat screen TVs on the wall, tablets, fingerprint recognition, video conferencing, online banking, 3-D movies, motion controlled video games, drone cameras, and smart glasses (Google glass).  Do you worry technology is growing at a rate so fast we'll soon be unable to keep up with it's demands? Do you think the Internet does more harm than good?

I don't spend a lot of time thinking about technology and even less worrying about it.

Whether or not the Internet does more harm than good I think depends a lot on what you do with it. As a family we have benefited from having the Internet.

It's a toss up between cheesy potatoes and Swedish meatballs.

I mostly use my slow cooker to cook chicken to be used in other things such as chicken and dumplings.

I can't remember the last time we had fast food.
5. No time like the present, down time, face time, pressed for time, in the nick of time, make time, mark time, or just in time...which timely saying most relates to your life right now?

Down time .... what's that? It's been ages since I got to truly experience any down time.

Pressed for time seems to apply best to my life. There is so much I want to get accomplished every day, and there seems to never be enough time to get everything done.

6. Tell us about a place you went as a child or younger person that's no longer there or is now something else. How does that make you feel?

There used to be a little grocery store/ gas station in the middle of our little village. It was run by an old man. He had several rooms in the back where he lived so he was always there to take care of and help anyone that stopped in.

When he passed away his children didn't want to know anything about the store and it got torn down. All that remains at the site is a few trees.

Home. Or is that too simple?

I'm somewhat of an introvert. I like people, but one on one time is so much better than large groups.

I love waking up to a hard frost. So pretty! 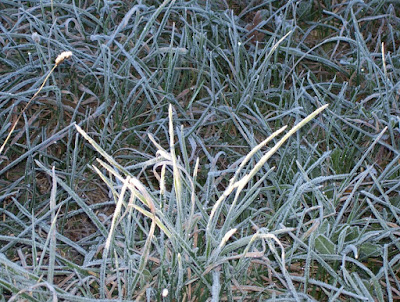 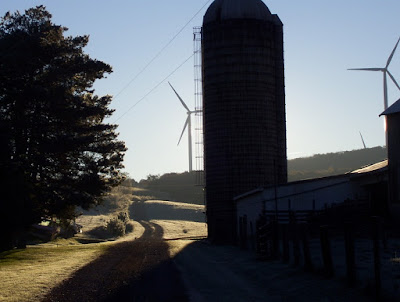