Joyce, from This Side of the Pond has been faithfully preparing a list of questions every week where any one who wants to can join the fun and answer them on their own blog. Today is the 99th edition of what we know as the Wednesday Hodgepodge. The number 99 made her think of the song '99 bottles of beer' which led to the first question.

1. So, do you like beer?
No. I have never even had the tiniest sip of beer or the tiniest desire to have a sip but I can't imagine I would like it.

I was almost twenty five before I had my first taste of an alcoholic drink.

In Somerset County the Amish use grape juice at communion and when we moved I had not stopped to think how a lot of other Amish churches use real wine until my sip from the communion cup was burning a trail down my throat and I had the nasty taste of spoiled grapes in my mouth.

3. When was the last time you rode a bus? Where was it headed?
The last time I rode in a bus was seven years ago when we traveled to Pennsylvania by Greyhound. None of us enjoyed the experience. The bus was crowded and we had to hold the children the whole way even though we had bought tickets to make that we won't have to. It was hot and if the bus had air conditioning it wasn't working where we were sitting.

We love traveling but doing it by bus is not for us.

4. What song from your childhood or from your own children's childhood could make a parent's nerves stand on end?
Macaroni.  Ack! The children had a CD with funny little children's songs on it and they loved the Macaroni song and played it over and over until I conveniently lost the CD. Even so they still loved singing it for the longest time. I still hear them singing it occasionally.

5. The US Presidential election cycle is drawing to a close (can I get an AMEN??), and the third and final debate was held Monday night...what was the last thing you 'debated about'?
Amen!

Something I was debating was whether or not I want to go buy several yards of fabric to make a little Amish dress someone ordered or use what I have on hand. My sewing machine might make that decision for me since it hates sewing what I have and insists on skipping stitches.
6. Can a person make too much money? How much is too much?
No, you can't make too much money as long as it has been made honestly.
There are so many good things you can do for other people when there is plenty of money. I would love to be able to help people more!

7. Pop-soda-coke-something else...what's it called where you live?
We call it pop in our area. Not a huge fan though. About the only time I have one is on the rare occasion when we enjoy one of Auntie Anne's soft pretzels and have a Coke to go with it.


8. Insert your own random thought here. 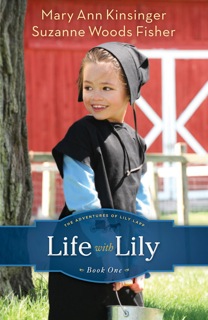 The reviews for Life with Lily keep trickling in and I'm so happy and very honored how it reminds a lot of people of an Amish version of the Little House series.