We traveled for quite a while before stopping at a motel to sleep.﻿ Twenty one hours of driving was too much to do with out stopping to rest. The next morning after having a quick breakfast we continued on our way. It still felt as if we should be waking up from a bad dream and finding us safely at home on the farm we loved.

Arriving at our new home it looked even smaller than I had remembered. There would be no basement to store my canned goods. No attic to store things I didn't need immediately and I knew I was in for a challenge to try to find room for all our belongings. We unpacked our suitcases and the few things we had brought on the mini van and then went down the road to spend the night at LV's parents. The big truck filled with all our earthly possessions wouldn't arrive until the next morning.

The weather was uncomfortable. It was only early summer but already humid and too warm compared to what we had been used to, and we found it hard to sleep. Once we finally drifted off we were soon awaken by a horrible noise right outside the bedroom window. A screeching grating sound that almost sounded as if someone were washing windows and making their towel screech and squeal over the glass. We soon discovered it was a Whip-poor-will singing and I groaned at the thought of having to hear that horrible sound every night. Night birds were supposed to sound sweet, and this was anything but sweet! 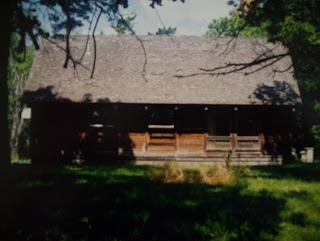 The front of our little brown house. 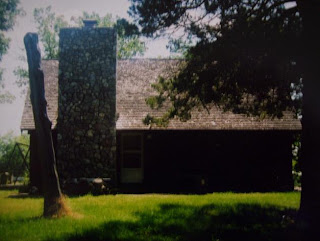 Morning arrived. So did the truck with our belongs. So did the whole community of Amish to help unload it and get us partially settled in. Once the truck was unloaded and had left, our friends that had brought us out stopped in to say good-bye. As they left I had to suppress the urge to run after them waving my arms and begging them to take us back home. 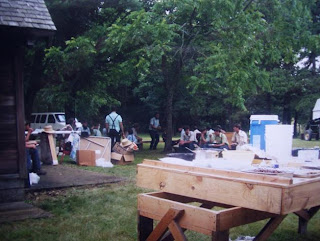 Eating lunch that the ladies from church had brought. 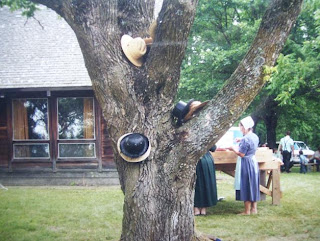 The hats found places to rest in the numerous trees in our yard while everyone was eating. 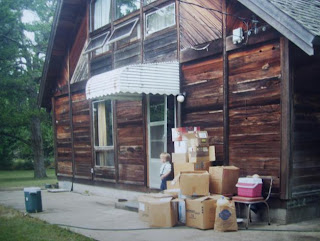 Empty boxes were piled by the front door while one of LV's nephews enjoyed running in and out of the house. 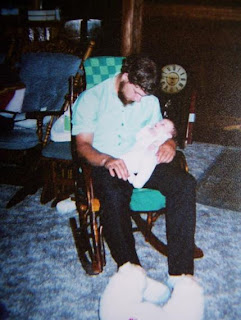 Once every one had left the house was still in utter chaos. I got something for us to eat and then went to fix our beds so we could sleep. Once everything was ready I discovered LV and Sunbeam both worn out from an exhausting day and had to capture the moment. There was one thing I decided I like about this new community. Disposable cameras were okay, though others were still taboo. I knew I would be capturing moments often.
Posted by A Joyful Chaos at 7:50 AM