Yesterday morning when Steven woke up he tiptoed down the stairs with one of his stuffed animals. He set it on the stairs and walked into the school room where the girls and I had already started our school day.

"It's R's birthday today," he announced in a loud whisper. (He loves the alphabet and has named his stuffed animals with his favorite letters.)

"How old is he?" Rosie Mae whispered back.

"He's eight!" Steven said. "I'm going to have a party for him, and you're all invited."

The girls played along, "I'll bake a cake for him," Rosie Mae offered. "I'll help you make a card and a gift," Sharon offered. Just like that there was an air of secrecy and celebration in the house.

Steven hurried through his school and was ready to help Rosie Mae by the time she was ready to start the cake. He set his bear by Sharon so she could keep an eye on him, and he wouldn't noticed the cake baking happening in the next room. 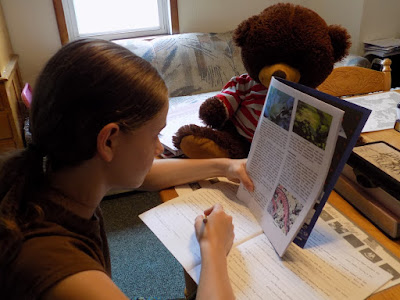 Once the cake was done he led the singing of the Happy Birthday song and then decided his bear would like to play a board game or two. 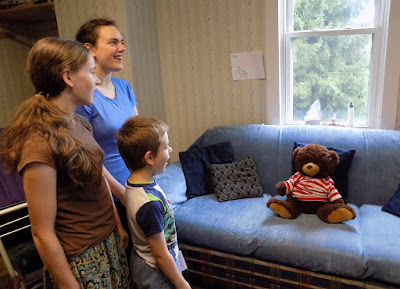 This was the first time we ever "celebrated" a stuffed animal's birthday. And very likely the last time. 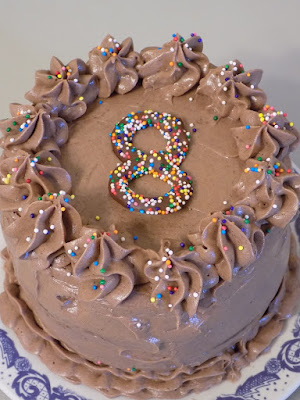