The girls and I went shopping one afternoon. After we got home I wanted to make room in the freezer compartment of the refrigerator for some of the frozen things we had bought. There was a full bag of peas on the shelf. I got it to put it the freezer door, and that was the moment when I discovered it was not a full bag of peas. Peas went flying in a sweeping arc across the kitchen, and into the two adjacent rooms. I stood there, momentarily speechless as I tried to come to grips with what had just happened.
Meanwhile the girls burst out laughing, while dashing off to grab a camera to properly document another one of Mom's messes. 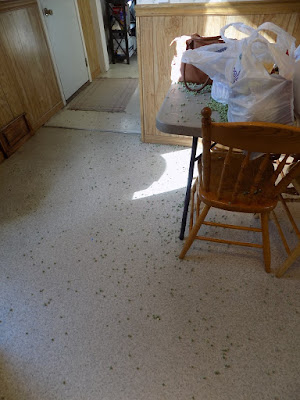 Rosie Mae has been sick. Yesterday the only thing she wanted was a cup of tea. A storm had passed through our area the previous night knocking out our power. I had to get creative as I tried to figure out a way to make some tea. This little candle setup took a while to heat the water, but it worked! 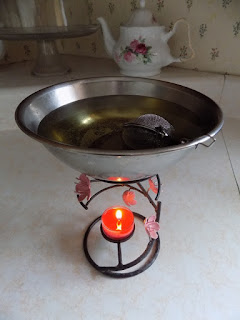 I thought the ice formations by the waterfall this morning were pretty. 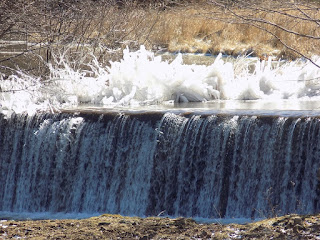