There is an Amish farm right next to LV's workplace, and with the buildings situated almost on the road he often sees the children that live there. 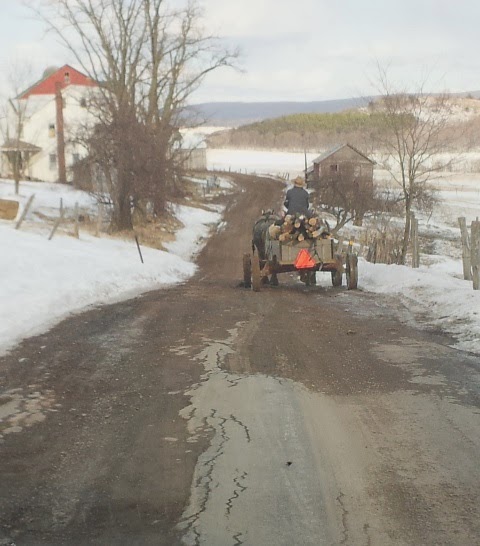 The oldest child is around seven years old and delights in making sure he waves to LV every time he passes. If LV is driving one of the big trucks the little boy will motion for him to honk his horn. Often stopping what ever chore he is doing in order to watch and wave until he has passed.

Last evening LV was doing a favor for one of his friends and picked up a farm tractor and took it to the shop where someone was going to pick it up and deliver it to its home in a different state. As he approached the farm he noticed the little boy lugging a five gallon pail filled with ashes out to the pile where they dump them right beside the road. As usual he stopped and watched, smiling from ear to ear, as LV approached.

LV drew near and the little boy quickly stepped out, dumped the entire pail, producing a huge cloud of ash dust that totally engulfed the tractor and LV. He was almost blinded from all the ashes blowing into his eyes, but managed to get safely back to the shop, where he saw the humor in it all.
Posted by A Joyful Chaos at 9:44 AM