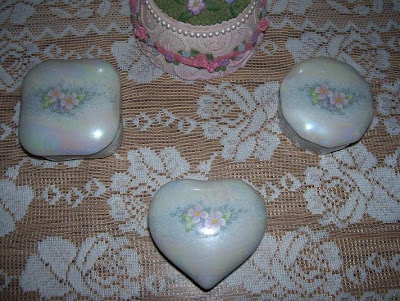 
That day in school I wrote my first letter for a circle letter, and mailed it the next day. Several weeks later I received an envelope nicely fat from being filled with letters from nine of my friends. I read everyone's letter and removed the letter I had written and put it into a box to keep like Mom always did with her letters and then quickly wrote a new one so it would be ready to mail the next day. Years passed and I joined lots of other circle letters but none of them were ever as exciting as the first one I had.

The first one is still going in it's journey from house to house and I find it quite entertaining to go back and read all the letters I wrote from the day I turned ten up to a few years ago.
Posted by A Joyful Chaos at 7:56 PM