Sharon and Steven spent a lot of time playing with kittens. Steven will spend a lot of time holding the one he claimed as his own, he sings it to sleep and then sits there holding it quietly until it wakes up again. 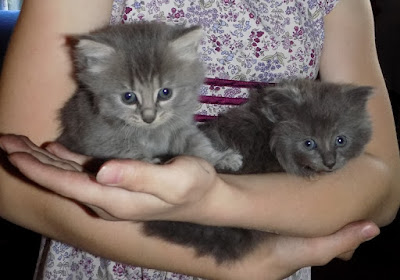 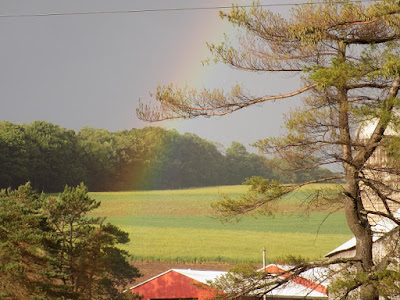 Sharon and Steven had been practicing for several weeks, and finally invited us all outside to see the little show they put together. I'm usually not a fan of clowns, but Steven managed to change my mind on that. 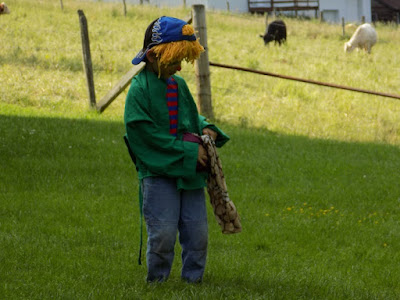 They served popcorn, strawberry bars, and fruit punch to us to enjoy while we watched their show. 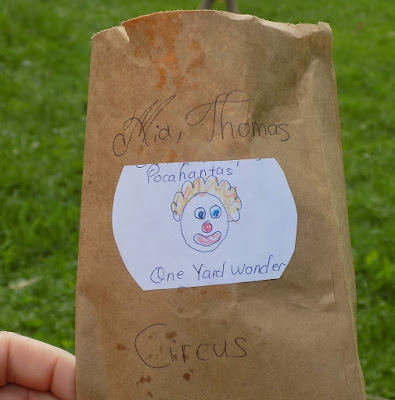 The parts for Kenneth's four wheeler arrived. He fixed it and then grabbed his camera and went on a quick trial run to see if everything works fine. 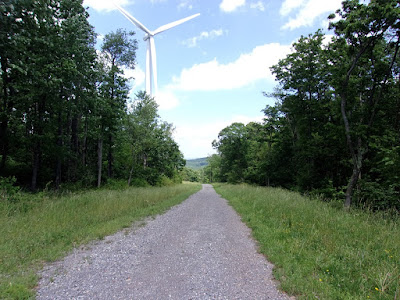 The girls, Steven, and I did some berrying and hiking. It's the end of the wild strawberry season, but we managed to find a handful. The girls and I each enjoyed one and allowed Steven to have the rest. They're tiny, but packed with lots of flavor. 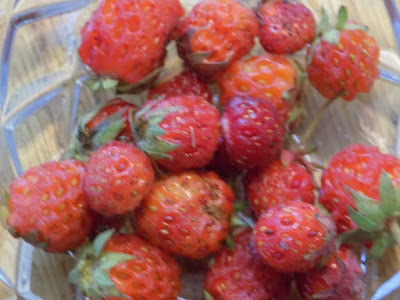 The girls and I took the few old oversized calendars we had and after taking them apart we glued the pictures back to back and then covered them in clear contact paper. They make excellent writing mats, and we're looking forward to having new ones to use this school year. 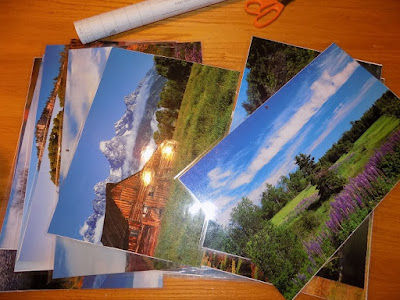 One of the little papers in our 365 Day Fun Challenge directed us to blow up a balloon until it pops. It was a mixture of terror and fun. The terror part came with the anticipation of the pop that was sure to come once the balloon got this size, and then the actual screams that followed the gunshot like pop. The fun part was watching each other blow up a balloon and the laughter after the initial screams when it popped. 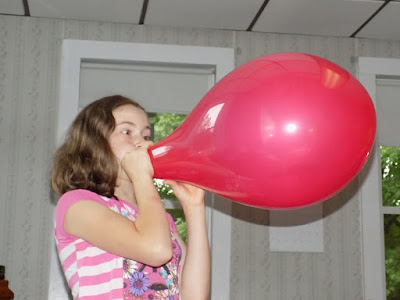