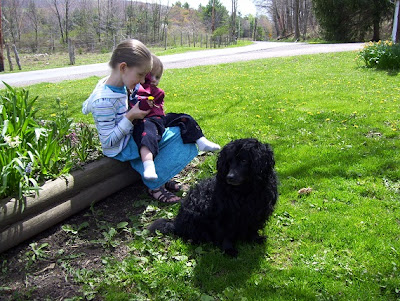 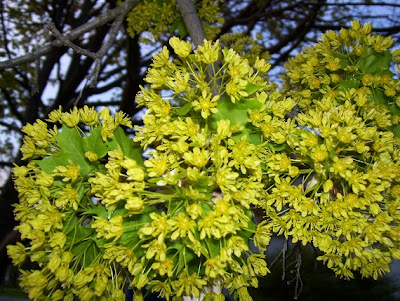 We went to see Emma and her children over the weekend. While we were there this tree fascinated me with its green flowers. It was the first time I ever saw one like it and am now wondering what kind of tree it is.
~~~~~
I was recently talking with some Amish friends and the subject of Hutterites came up. My friends were saying how they fascinate them, but they simply can't agree with how they allow their teens to go out and try out the world before they decide whether or not they want to become members.
I told them that the general public thinks the Amish do that and have even labeled it as rumspringa. They were totally flabbergasted that anyone would think Amish parents would encourage something like that.
We both got a chuckle at how all our years of rumspringa we had no idea that there were people having such misconceptions of what that period of time is in an Amish person's life.