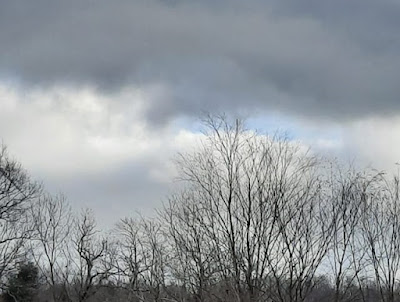 I think of that quote, and hear my Mom saying it every time I see a small patch of blue in an overcast sky.

The last time I remember hearing her say it was back when I was a teen. We were building a house for my grandparents and were planning to have a frolic. The sky was quite overcast and my Uncle John Henry expressed his concern that it might rain.

I was embarrassed ... silly me. But now I quote it too, much to the chagrin of our children.