A few picture moments from our week: 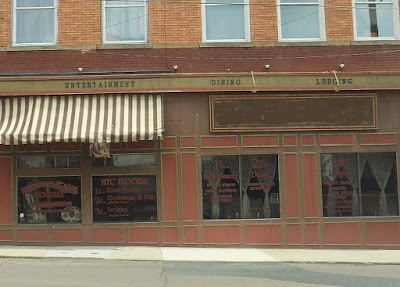 While waiting at the drive through at the bank the girls were highly entertained and amused by what looked like an Amish apron flapping in the wind, attached to the awning of the building across the street. 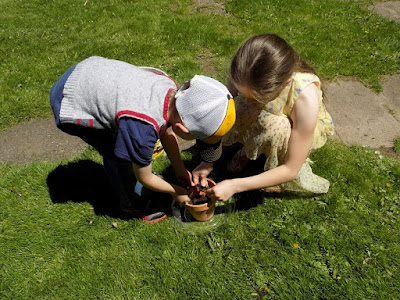 Sharon and Steven planted some radish seeds in a flower pot. We're looking forward to having a few fresh radishes to enjoy. 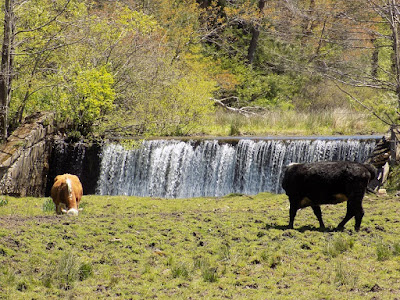 Just as I predicted when we moved here seven years ago. I will be taking a lot of pictures of our waterfall. I'm still not tired of it. This was one of the pictures I took of it this week. 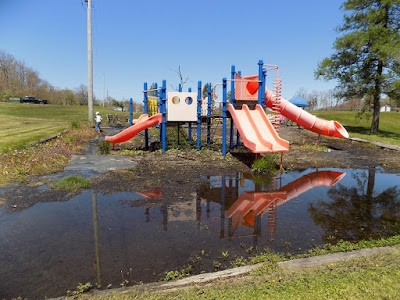 The weather was absolutely beautiful, so one afternoon I decided to take Steven to the park to play. It was a disappointment seeing how much water was standing there. His favorite slide would have ended with a splash, so we only spent half an hour on the swings before heading back home. 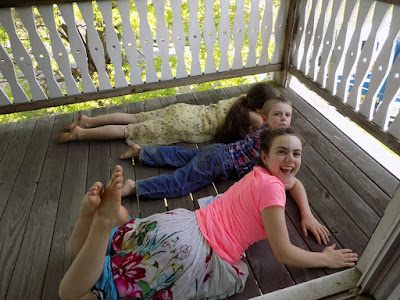 The dump truck LV finished rebuilding was picked up. Steven and the girls camped out on the top porch to watch it leave. This was Rosie Mae's "Hey MOM! look when she discovered I was taking pictures of them. 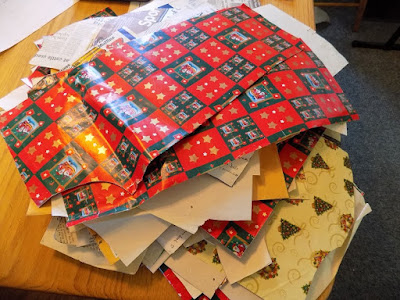 Finally after eleven years of having left the Amish I went through my piles of patterns and threw away all the patterns for Amish clothes. It's nice having that space for things I'll actually use. 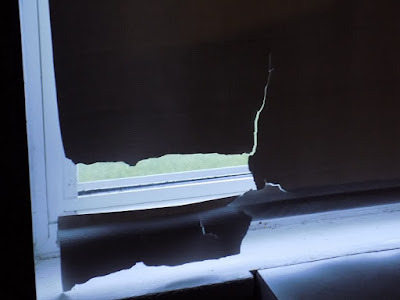 When a certain daughter who is really, really afraid of spiders sees one in the bathroom on the curtain, in the middle of the night while everyone else is sleeping, she suddenly becomes really brave and strong. One mighty wallop with a flyswatter killed the spider, and destroyed the curtain. 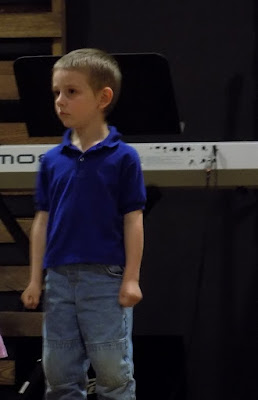 Waiting for his cue to speak in our homeschool co-op's production of Charlotte's Web. His little fists clenched in careful concentration.
Posted by A Joyful Chaos at 10:32 AM