Little Lessons ~ In the Kitchen

It's been quite a while since I did a Little Lessons post. I started doing them because so often ordinary little things in life make me think of deeper things. It has often provided topics for discussion with our children some of which I decided to share with you. 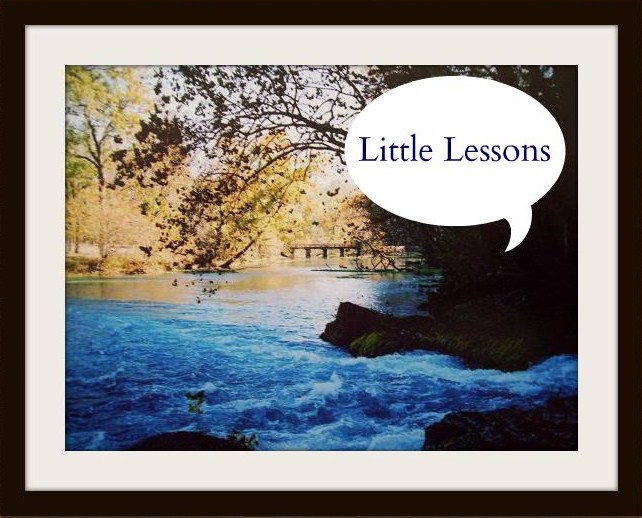 When putting dishes away and eyeing our rag tag assortment of pots and pans the girls were discussing how they think complete sets of cookware would be so much nicer than what we have.

Instead of putting the few away that we had just finished drying I opened the cupboard and pulled out the rest of the assortment. 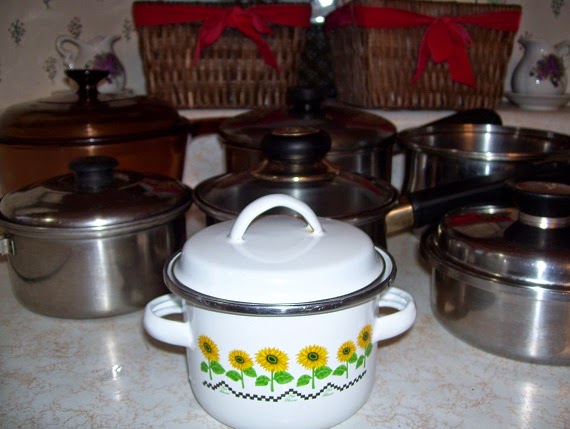 They didn't make the nicest picture. There's one that had its lid broken years ago, there's a small one with a big handle, and another one with no handle at all. Another one has a small dent in the side. There's a tiny one that doesn't look very useful, but gets used every single day to make a single serving of oatmeal for LV for breakfast, and the others while they don't match anything have their own purpose.

I told the girls to look at them again and think of all the delicious foods we have prepared in them already. Every meal we have ever prepared in our home was thanks in part to this motley assortment of pots and pans. When I look at these pots and pans I don't think of the less than perfect thing they are, but what they can do for me.

I took it a step further and reminded them, just as these imperfect items are so important to our family. God also uses imperfect things for His purpose. Misfits and imperfect people are what He uses to do His work and build His kingdom. He uses the broken, bruised, the misfits, and those that appear to have everything together. They all work for His glory.

The pots and pans were placed back into the cupboard carefully and the door closed gently. They had served another purpose other than preparing food today. A little lesson for my daughters that I'm hoping they'll carry with them for a long time.
Posted by A Joyful Chaos at 9:03 AM