After a rain storm early Wednesday morning, the sun came out, and it became very windy. Windy enough that it didn't take long for things to dry off enough to go for a walk in the woods.

The wind was roaring through the treetops above us. Below the ferns were dancing in the breeze.

The girls wanted to take a different path out of the woods, while Buddy and I decided to turn around and head back to the house. He announced that he'll take care of me, and lead me back so I won't get lost. I let him take the lead, and he followed the trails always make the right choice when ever he came to a fork and had to make a decision which way to go. 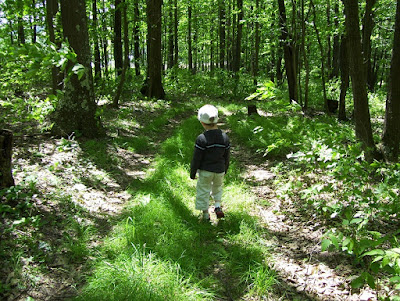 Rosebud tried a new cupcake recipe. It turned out to be one of the best ones we ever had. A strawberry chocolate cupcake with fresh strawberries in the cake. 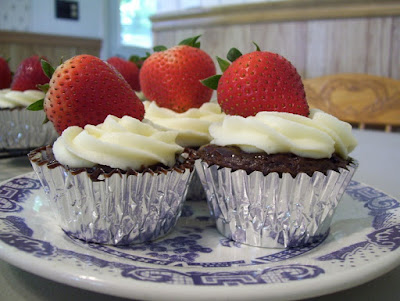 Our dryer had been acting up for quite a while already. Finally this week LV took it apart to see what he could do to fix it. After ordering the part we needed he left the thing sitting dismantled in the laundry corner, which happens to be right outside the bathroom door. I can't even begin to tell you how often I opened the door and was startled to see this ugly thing. The children thought it was hilarious.
The part came yesterday and everything is working great now. So today we'll be tackling the giant heap of laundry that accumulated. 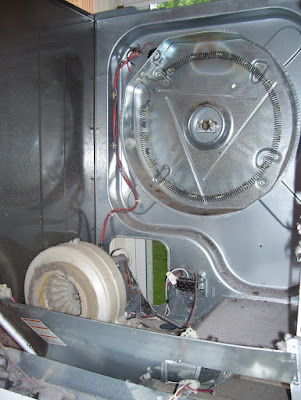 With cows in the pasture by the creek, we can no longer play there when ever it's nice outside. 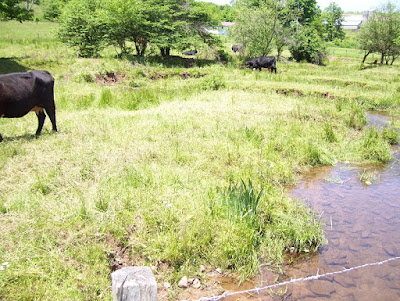 Sailor had an unexpected encounter with a nest of yellow jackets. One of them got him right above his eye. 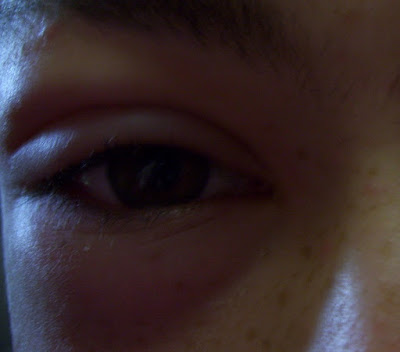 Not being able to play in the creek, we opted to take a friend up on their offer to swim in their pool. Buddy lasted about five minutes in the water after which he decided he would rather slide on the pool slide with Mom catching him at the bottom before he plops into the water. His drink was the highlight of his afternoon though. 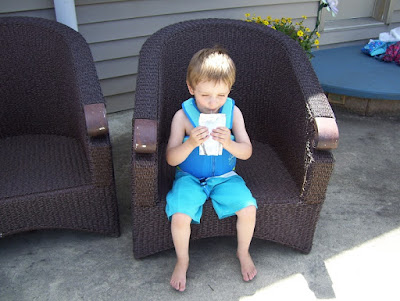