It was over a year ago when our daughters first heard about a Wreck This Journal and were immediately intrigued. They were both sure they would love to have one.

I looked into them, but decided there was no way I was going to spend ten dollars for a book only to deliberately destroy it.

The subject of these journals kept popping up occasionally and on a whim I plopped them into my Amazon shopping cart. Prices seem to fluctuate a lot on items in there so I kept my eye on it and one evening when they hit their lowest ever I quickly snagged two copies and tucked them away for the girls for Christmas. 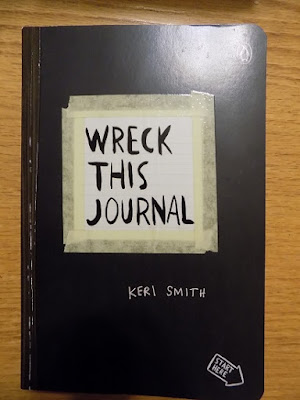 Sharon was excited and wanted to get started immediately. Rosie Mae on the other hand, even after thinking for all this time it would be so much fun to have one, has found it to be too much.

They both followed the first thing they were instructed to do. 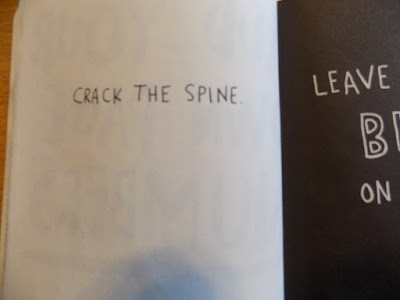 Sharon thought it was delightfully fun, while Rosie Mae was almost traumatized by doing such an awful thing to a brand new book, even though it was exactly what the book is intended for. She has tucked her copy away for now, unable to make herself hurt it any further.
Sharon is doing a page every day and enjoying it thoroughly. 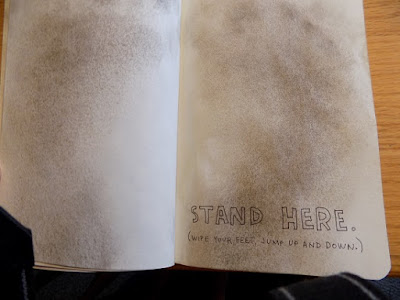 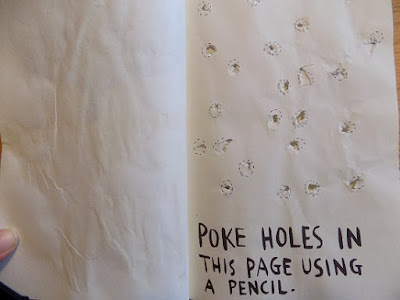 When I bought these books I thought they would be fun, but now I'm thinking they hold something deeper than that and it will  be a good thing especially for my perfectionist daughter.
Posted by A Joyful Chaos at 1:03 PM