Rosie Mae discovered a recipe for homemade ice cream cones. Sharon and she made several batches this week. They're so good that I really don't think we want store bought cones again. 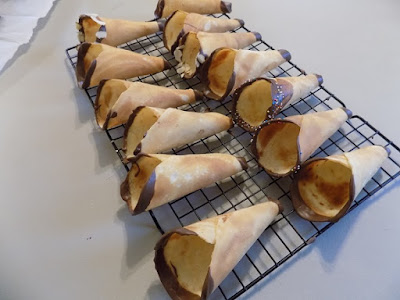 I don't know why our cats have claimed the lid of Steven's sandbox as their preferred napping spot. They spent a lot of time there this week. 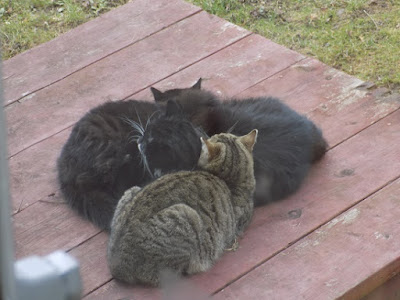 At first glance this looks like black nothing-ness. Upon looking closer you'll see Steven curled up on the stairs, sleeping. He is so excited and eager to be doing school every day that on several mornings he got up way too early. So early that the one morning he conked out again before reaching the bottom of the stairs. 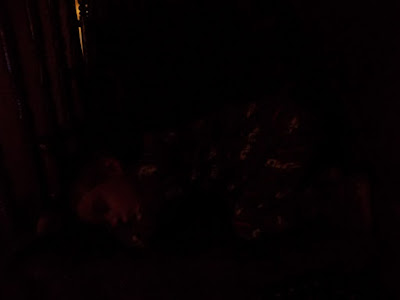 The girls' homemade cones filled with a delightful homemade ice cream has been a big hit. Steven had a playdate yesterday. After it was over he indulged in an ice cream snack, but all the energy he used to play had him leaning tiredly against the table while he ate. 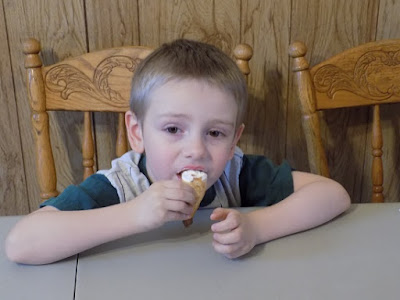 Rosie Mae found a site dedicated to single serving size desserts. She has been enjoying trying a lot of different ones. A s'mores dessert has been a big hit. 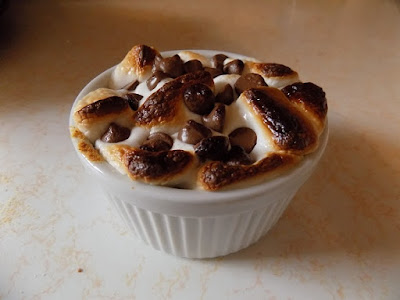 Kenneth was cleaning out his closet and going through a bunch of the things he used to play with as a little boy. He found his insect maker a friend had given him one year for Christmas. Before packing it away in the attic he helped Steven make a few creepy crawlies and taught him how to hide them around the house to scare Mom. Turning on the kitchen light in the morning and seeing these on the floor ... well .... mission accomplished boys. 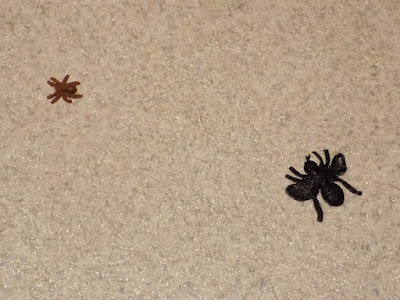 The girls have been busy with their sewing and crafting. The small sofa in the living room bears witness to a lot of it. 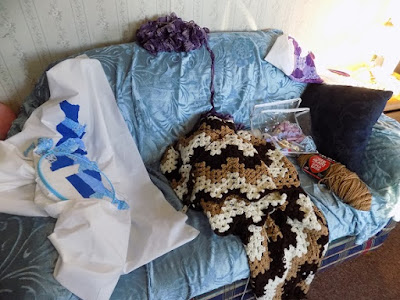 Rosie Mae became the happy new owner of a treasure trove of sewing supplies after a friend offered she can have everything they have in an old house. They were going to burn it otherwise. She spent part of yesterday rescuing things, and still has more to do. 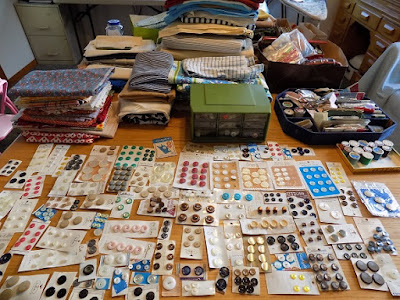