We knew we had a litter of kittens somewhere, and Sharon spent a lot of time hunting for them. She finally found them this week. They're the cutest little things, but so wild. This was the only one they were able to hold. 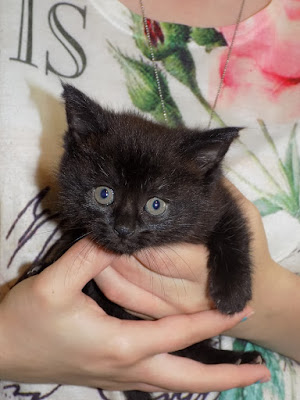 There's a deer that keeps strolling across the hill behind the house. The picture isn't the greatest, but it's the best I've been able to do. Apparently it has not received the memo that holding still would produce a better photo. 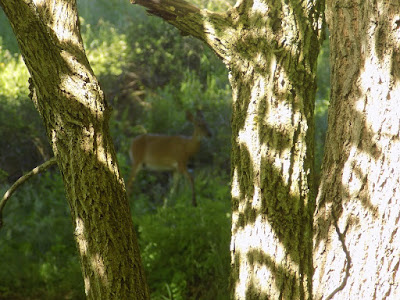 I spy blueberries! Can't wait until they ripen and we get to enjoy freshly baked blueberry treats. 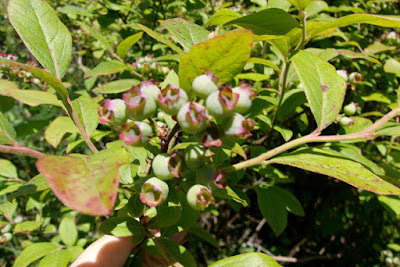 I spotted this book in the library and had to get it because ... Pioneer Woman! As it happened Steven loved it too. The illustrations amused him greatly. 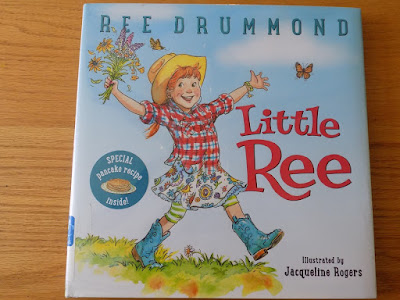 We spent a few hours at one of our favorite outdoors spots. Steven had to check on the tadpoles that he hoped were still there, but had already grown up and hopped away. 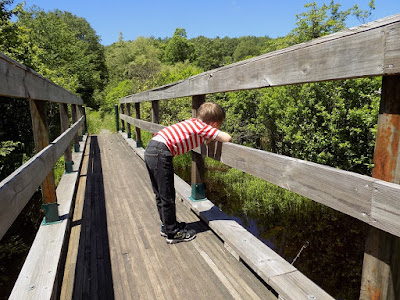 I had been hoping the wild roses will be in full bloom, but sadly it appears I missed them this year. All that was left was one plant with several rain washed blooms. 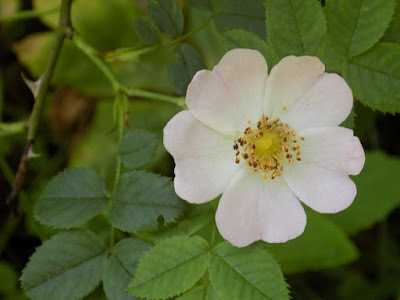 I enjoyed the other flowers that were blooming. 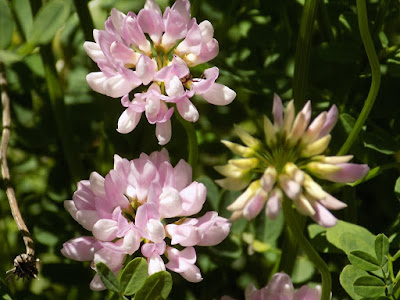 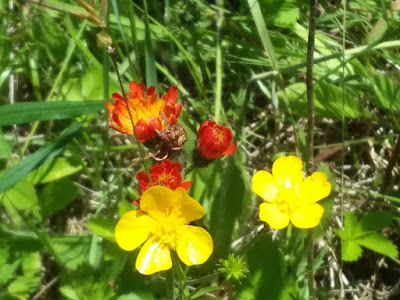 Rosie Mae and one of her dear friend went off the beaten path and found an old stone house and had to sit in the window opening for a picture. 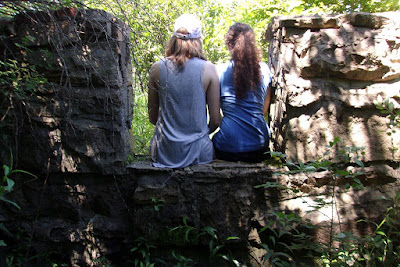 One afternoon we enjoyed wading near the edge of the lake and skipping rocks across the surface. 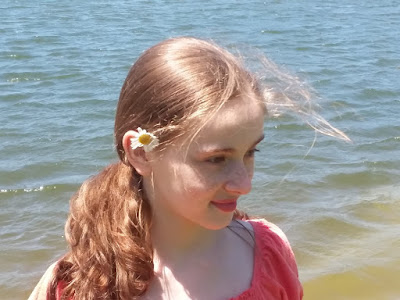 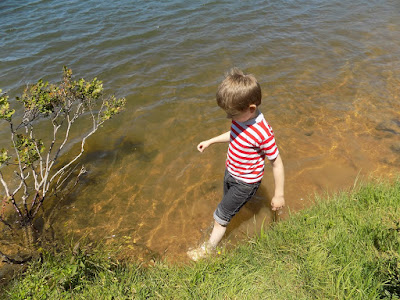 Home made pizzas are the best! With LV and Kenneth gone for the day the four of us at home each made our own pizzas. 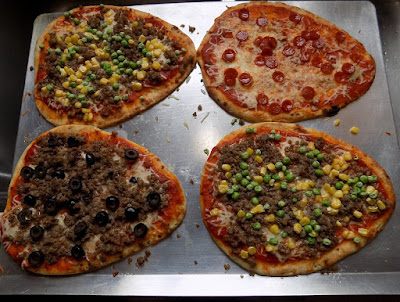