One of the advantages of having older children is that when LV comes up with a spontaneous "date night" idea we can actually act on it, just the two of us.
That was the case again early Saturday evening when he suggested we go hiking to one of his new favorite spots.
The path leading back to the giant rocks/cliffs was delightful with all the moss covered rocks, and the soft grass growing between them. It almost felt other worldly, as if I had somehow managed to step right through the pages of a book and into another dimension.
As we neared the end of the trail the rocks started getting much bigger. We clambered over them, hanging onto branches of mountain laurels to keep from falling. They were worn smooth from all the people who have done the same. 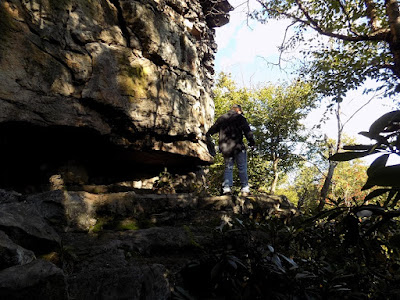 The view once we got to the top of the rock/cliffs was lovely. I had to stand there for a while simply soaking it in before I tried my hand at taking some pictures. I zoomed in, zoomed out, tilted my camera one way and then the other, but none of the pictures did the view justice. 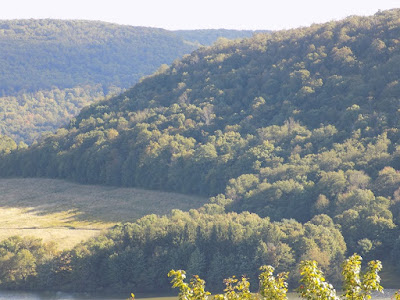 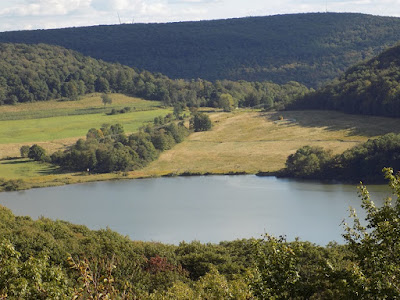 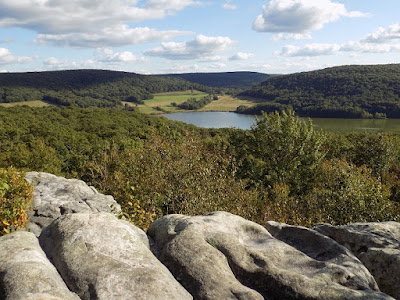 There's something about spending time in nature that stirs something deep inside your soul. Spending that time with the person you love the most makes it even more special.
Posted by A Joyful Chaos at 9:10 AM