1. What's the biggest change since your childhood in the way people think or act?

People in our area don't seem to have changed that much, they're still some of the friendliest down to earth country folks I know of.

2. The Olympic Biathlon involves cross country skiing broken up with either two or four rounds of target shooting. Which part of that would stress you out more? Or would you love them both equally?

I think I would hate them both equally. I don't even want to think about wearing a pair of skis and shooting, ...... let's just say I'm not a fan of guns.

3. February is National Canned Food Month...what is your most often purchased canned food item?  What was in the last can you opened?

Sweet corn. Not a fan of store bought, but unfortunately not having a garden has made that a necessity.

4. What river (anywhere in the world) would you most like to cruise?

The Colorado River especially through the Grand Canyon.

5. It's the middle of the night and you can't sleep...what do you do? Count sheep? Toss and turn? Watch television? Or do you get up and do something productive?

I am more the get up and do something productive type. In fact most of book four in the Adventures of Lily Lapp series was written in the middle of the night.

6. How important is keeping your cool?

Very important.  I have never ever regretted times I kept my cool even though I had reasons to lose it.

7. I've got white stuff on the brain so why not run with it? White lie, wave the white flag, white knuckle it, white wash a situation, or white as a sheet...which phrase could most recently apply to your own life in some way?

Hmmm.... none of them seem to apply. White lies are still lies, I've been slogging through some things, but am in no way ready to wave the white flag, there have been no white knuckle moments, which have also kept me from being as white as a sheet.

Basically the only white things around here are the piles of snow. 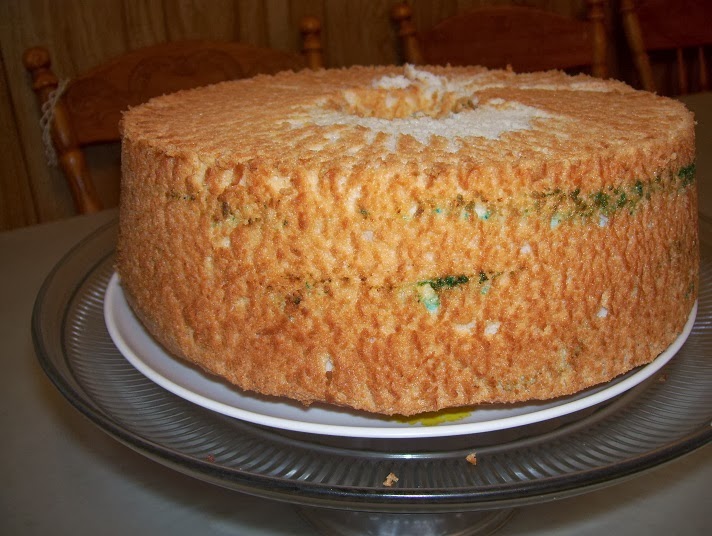 Growing up we made Angel Food cake quite often. Having several dozen chickens we always had plenty of eggs and when ever we had a surplus it was time to bake Angel Food cake. I didn't enjoy it at all, having a hand cranked egg beater I always thought my arm was getting permanently damaged by the time the egg whites were stiff enough for the cake.
Since we are no longer Amish and now have an electric beater, a daughter who had never tasted an Angel Food cake and wanted to try it, we finally made one. It was a breeze to make compared to what it used to be and still every bit as delicate, moist, and simply delicious as I remembered.
I think the dreaded Angel Food cake will be made quite often now that it has lost the dreaded part.
Posted by A Joyful Chaos at 6:30 AM